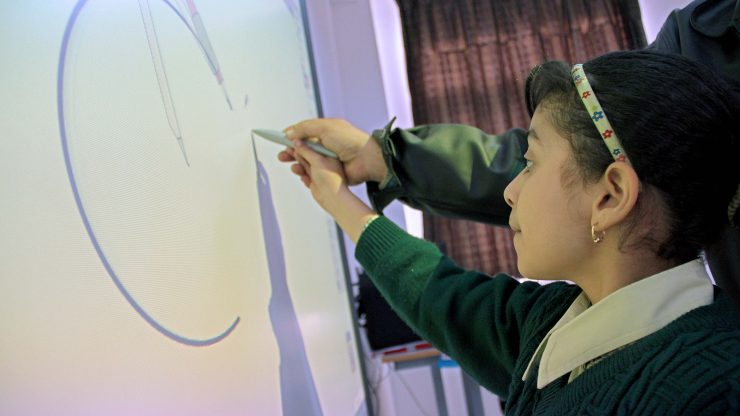 The Japanese school system is not tried and tested but many parents are willing to take a chance on a project that models the ‘Tokosto Plus’ system.

Duaa and her husband were looking for a good and affordable school for their son Hamza when the Minister of Education announced the birth of a new educational project in Egypt: Japanese schools.

“When I heard the minister talking about Japanese schools on television, I got on the Internet and read that the program is based on activities for developing students’ skills and that my son would learn order, commitment and cooperation, like In Japan. So I decided to enroll him in Japanese school immediately, “says Duaa.

In March, Dr. Tarek Shawqi, Minister of Education, signed a joint cooperation protocol between MoE and JICA for reforming the education sector in Egypt. The collaberation is the result of the Egyptian-Japanese Education Partnership project, inaugurated by President Abdul Fattah Al-Sisi during his visit to Japan in February last year.

JICA is an independent government organization dedicated to helping economic and social development in developing countries and the main organizer of Japanese schools in Egypt. According to JICA it is responsible for bringing experts to Egypt to train teachers as well as send Egyptian teachers to be trained in Japan. It will supervise the implementation of Japanese “Tokosto” activities and school design, including classrooms and students number.

Ahmed Abdel Wahab Al-Najjar, admin of the Facebook page “Japanese schools students parents” (the page has more than 100,000 followers), believes the experiment deserves support and will enhance education in Egypt. He also enrolled his son in a Japanese school. “I enrolled my son because I like the project and I think it will give him something new. It is reassuring that they require that classrooms have no more than 40 children, in addition to special activities that develop skills,” says Ahmed.

Apart from the cap on students, JICA requires that the classroom area be 8 x 8 meters with both an exit and an entrance. Each student should have a single seat and the school area should be at least 6000 meters, with large green spaces.

Rasha Ashraf, director of the Japanese schools project at the Ministry of Education, said that these schools are based on “Tokosto” system, which aims to balance the social and emotional side with the academic side and to develop the spirit of cooperation and interpersonal skills. In previous statements, she confirmed that the Japanese education system had been introduced to 12 schools in Cairo. The ministry has handed over 7 out of 28 new schools under construction in a number of governorates. The number of Japanese schools is planned to reach 112 next year and 212 in 2019.

Marwa Ibrahim decided to leave the private school, despite having paid the expenses, when she learned that her child was accepted in the Japanese school. “I do not mind losing 10,000 pounds (USD 577). I like the Japanese schools and I want my son to study there.”

Confusion and ambiguity was not only limited to admission issues, but with the school fees as well. The news of the new project was very well received by parents in Egypt, especially after the statements of director of Japanese schools last April. She said that the government pilot schools fees act would be applied to the fees of Japanese schools, which range from 2000 to 3000 pounds per year (USD 113 – 179). However, after admission, the parents were shocked by the fees published by the Information and Decision Support Center of the Council of Ministers. “Tokosto” activities fees were specified at 2,000 – 4,000 pounds. In addition, students are required to pay for foreign books and high-level books, plus 10% transportation and damage expenses, as well as bus fees, plus 10% administrative expenses.

Manar Ahmed, mother of KG1 and first grade students, enrolled her children in Japanese schools thinking that they are cheaper than private and pilot schools, but she was surprised by the high fees. “We run away from the high fees of private schools and low quality of pilot schools to a new non-guaranteed experience and we find it expensive too!” says Manar angrily.

Dalia Khalaf, mother of a third grade student, considers the Japanese schools as a trap for parents. “The ministry initially stated that they are good and cheap schools. After we enrolled our children and the school year started, which means that we cannot go back, the ministry surprised us by the high fees. In addition to the activity fees of 4000 pounds, I have to pay for books and uniforms. The total cost is about 10,000 pounds, like the private schools!” says Dalia.

Some angry parents who had applied to enroll their children in Japanese schools withdrew their children’s papers and return them to the pilot schools because of the high fees. “I cannot afford over 10,000 thousand pounds. After the ministry announced the high amount, my calculations were changed,” says Aya Mahmoud, mother of two children.

Safa Hamed Badr, one of those teachers, confirms that the training in Japan was on how to implement the Japanese “Tokosto” activities on the ground, in addition to field tours in the educational departments, the ministry, colleges of education, and some schools in Japan. “We have been trained for more than a year between Cairo and Japan to be prepared to train Egyptian teachers who will be admitted to work in these schools,” says Safa.