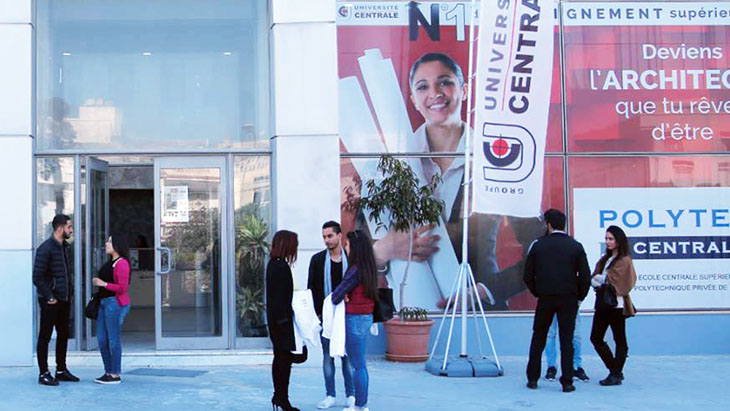 The education ministry is strapped and Tunisian schools are falling apart. Ennahda says collecting donations could be the answer. But opponents argue that money comes with influence.

Ghannouchi said an endowment system belonged to the so-called fraternal social economy adopted by many developed countries including Britain, USA and others. Al-Zaytuna Mosque in the old city of Tunis, he noted, relied on the endowment system to finance education and buy schools. Following Ghannouchi’s statements, Noureedin Beheiri, Head of Ennahda Movement Bloc in the parliament, launched a media campaign to defend the endowment system.

Tunisia suffers from a difficult economic and financial situation and external debts, which rose to 60%, impacting the resources available to the Ministry of Education, which serves two million students.

Although adopting the endowment system could be a safety net, according to Ennahda Movement leaders, the movement’s secular adversaries severely criticized the endowment system, arguing that it undermines the education system’s civil nature and leaves the door open for Islamists to take over education.

Prior to Tunisia’s independence in 1956, the endowment system was adopted but was revoked a year later by the late President Habib Bourguiba when he started focusing on building a modern and free state education system.

As’ad Yakoubi, a leader in the Secondary Education Union, believes that the Tunisian state rejecty the idea that education should rely on endowments, donations or grants.

He says that the education system needs deep reforms and financial resources to improve its quality and results to be better suited to the labor market, and must stay under the sole auspices of the state.

“Any attempt by any party to push education outside the state can harm a sector, which is in direct contact with society,” says Yakoubi. “I would like to remind the Ennahda Movement that developed countries such as France and Germany did not talk about privatization or fraternal economy in education,” he added.

However, Emad Khamiri, the spokesperson of Ennahda Movement, says that his party does not plan to take over education, it just proposed an idea to let donors support the state in rehabilitating schools, buying equipment, etc.

He explained that what was once called the endowment system, developed countries such as Britain and USA, now call the Solidarity or Fraternity System and use it to finance development and education projects and reduce state expenses.

He stresses that his party’s invitation aims at drafting legislation, which would enable providing the financial resources needed by the Tunisian state education like the foreign universities and useful laws for the academic sector, stressing the need to come up with new ideas to finance education without political considerations.

Abdullatif Hanashi, a Tunisian historian, believes that proposing the endowment system in light of the current economic situation in the country since the revolution, would be useful in developing the education sector “provided that it is not linked with ideological or political goals which undermine the education institutions’ independence and civil nature.”

Hanashi adds that the endowment system played a major role in the time of the French occupation of Tunisia in developing education, establishing and managing schools and providing scholarships and housing to students, stressing that it is an integral system used by many developed countries to finance some projects in many sectors including education.

It is worth mentioning that financial committee at the Constitutional Assembly (the first parliament after the revolution) started discussing the endowment draft law, which the Ennahda Movement proposed in 2013. However, the law draft was frozen due to the deep political crisis facing the country at that time.