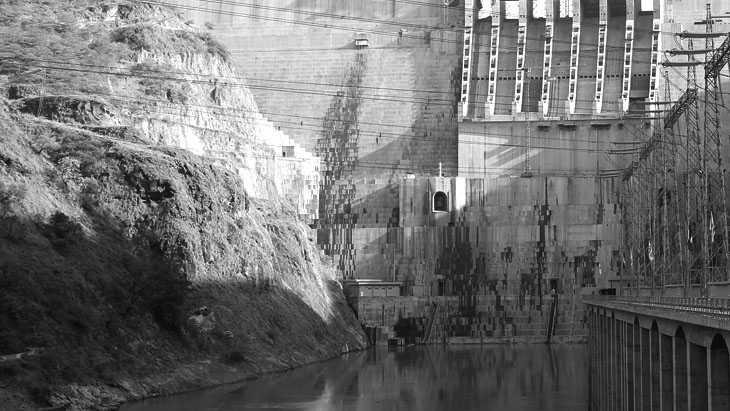 Both the Grand Ethiopian Renaissance Dam (GERD) and the Aswan High Dam (AHD) in Egypt have been part-financed by local citizens as water strengthens its case as the main underlying cause of potential conflict between the Horn of Africa neighbors.

Both Ethiopia and Egypt have recently undertaken large infrastructure projects to increase their water security, often without consulting their transboundary riparian partners who share the same Nile waters.

The Nile, running from middle to northern Africa and into the Mediterranean, has different names. In Ethiopia, it is called Nile Victoria, then Albert. In Sudan, it is called the Mountain Nile and then it is divided into two major branches – the White Nile and the Blue Nile – that are combined together in Sudan to form one river entering Egypt from the south. There are 11 Nile riparian states: Uganda, Democratic Republic of Congo, Tanzania, Rwanda, Burundi, Eritrea, Kenya, Ethiopia, Sudan, Egypt and South Sudan.

In 2011, Ethiopia began construction on the Grand Ethiopian Renaissance Dam (GERD). Egypt fears the impact of the GERD on its riparian water rights and its drinking and irrigation quotas, especially during the first filling phase of the GERD Lake. Egypt froze its membership of the Nile Basin Initiative (NBI) in 2011, claiming that a 1929 colonial treaty gave it the right to veto any construction projects on the Nile and that other existing treaties had been casually overwritten.

Egypt informed international donors that the agreement violated international law and that financing any water project –whether on the Nile or any of its water sources– was illegal. This pushed the Ethiopian government to gain domestic funding for the GERD project. Sudan has also expressed its opposition to GERD, however an analysis of Sudan’s media clearly shows that Sudanese opposition is intertwined with border disputes over the Hala’ib, Abu Ramad and Shalateen Triangle, a contested area of land between Ethiopia and Sudan.

The Ethiopian government, undeterred by the regional opposition, increased taxation to fund the project. Fixed proportions of civil servants’ salaries were deducted, and securities were offered in banks to customers to provide funds for GERD construction. The government called upon businessmen residing abroad to invest in the construction of the GERD. Over 5,000 poor farmers were displaced to build a lake for storing water behind the GERD. Ethiopian government propaganda referred to “the pride that overwhelmed the place,” following visits by government officials to these impoverished areas.

After years of near revolution and political turmoil, Egypt is now focusing on large water projects of its own. In July 2014, days after coming into power, President Abdel Fattah el-Sisi called on Egyptians to donate to the Viva Egypt Fund. In August 2014, el-Sisi announced a project to expand the Suez Canal, calling on citizens to finance it by purchasing investment certificates in Egyptian government banks. The new course was inaugurated in August 2015, while the construction of the GERD continued thanks to Ethiopians’ money.

Egypt’s President continued to call upon Egyptians to donate to other projects after the expansion of the Red Sea-Mediterranean shipping course.

The construction stages of the GERD have been accompanied by much government propaganda, targeting the 82 million citizens of Ethiopia.

Pictures of former Ethiopian Prime Minister Meles Zenawi – in office from 1995 until his death in 2012 – with the GERD gold bullion, dollars and scales of justice were placarded. The propaganda associated gold and dollars with the scales of justice to emphasize that the resulting wealth would be distributed equally.

Press coverage of the GERD over the past six years reveals a number of similarities between Ethiopian enthusiasm and the sentiment in Egypt nearly 60 years ago when work began on the construction of the Aswan High Dam (AHD). The Nasser and subsequent governments maintained substantial propaganda throughout the 1960s and 1970s as the dam was being built.

The construction was made amid a spirited atmosphere: even songs were created to honour the dam. Gamal Abdel Nasser (1918-1970) wanted to establish a dam to prevent the Nile from flooding and to preserve the historical water rights of Egypt in the battle against the forces of colonization.

When the International Monetary Fund refused to finance the project, Abdul Nasser nationalized the Suez Canal, initiating the 1956 Suez Crisis.

In the 1960 song, “A Tale of a Nation” (lyrics by Ahmad Shafiq Kamel, composition by Kamal Taweel, lyrics by Abdel Halim Hafez), there is an account of Abdul Nasser’s perception of the AHD construction. The song compares it to the Egyptians’ struggle against British occupation, which, according to the lyrics of the song, ended with victory thanks to the Egyptian president. Such politicization of the dam was commonplace.

The song begins with a sentence that praises Egyptians for building the AHD. The concluding sentence is: “It was a blow by an expert who forced colonization to surrender.” The ‘expert’ is a reference to Abdel Nasser. Half a century later, however, Egyptians watch the opening of GERD and see only the reduction of their water quota.

In March 2015, el-Sisi signed a principles agreement with his Sudanese and Ethiopian counterparts in Khartoum. The agreement overlooks the historical rights of the two downstream states through the equitable and appropriate use of water, but it recognizes that the rules for the first filling of the GERD should be agreed upon by the three states.

Although the agreement helped to ease Egyptian fears, tensions have resurfaced with the recent news that Ethiopia intends to start storing water in conjunction with the flood season in July of this year.

Not all Ethiopians have access to electricity, despite the four power dams. There are hopes that the GERD will contribute to a breakthrough in the generation of clean electric power.