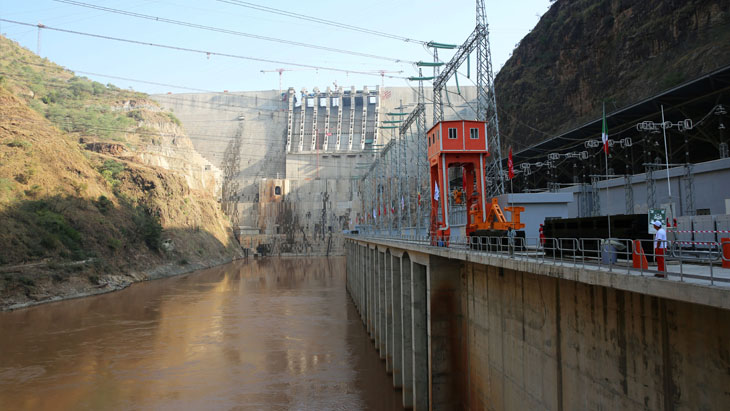 Society
The Delicate Question of the Nile

After nearly a century of conflict over the Nile’s waters, Egypt has finally found a way to live without its historical rights and coexist with its basin partners.

The NBI consists of the 11 African countries through which the Nile passes as it flows north from its source in Uganda. The NBI was established in 1999.

Egypt, however, withdrew its membership seven years ago after a number of upstream countries in May 2010 signed off on the NBI’s legal and institutional framework agreement, named after the Ugandan city of Entebbe.

The Entebbe Agreement will contribute to a major change in the countries’ water security, according to a new water distribution plan. Sudan has also opposed the 2010 Entebbe Agreement as it limits its own ability to exploit the Nile waters in its country. Both Egypt and Sudan have also raised opposition to Uganda’s construction of a major dam.

Egypt is also concerned about Ethiopia’s construction of the Grand Ethiopian Renaissance Dam, which its upstream partner began six years ago.

In April 2011, the cornerstone of the dam was installed despite Sudan’s and Egypt’s objections to the legal framework drafted by the upstream countries. Both countries had been witnessing exceptional political circumstances since January of that year.

In February 2011, demonstrations broke out in Egypt, leading to the overthrow of Hosni Mubarak. South Sudan seceded from Sudan through a referendum in July of the same year.

Over the past six years, Egypt’s and Sudan’s objections to the establishment of the Grand Ethiopian Renaissance Dam have increased. Tensions peaked after former President Mohammed Morsi threatened that “blood was an alternative” if Egypt lost its share of water.

Since the toppling of the Muslim Brotherhood-affiliated president, relations have calmed. Sudan did not resort to threats; the country has a vested interest in the dam, as Ethiopia has promised to supply it with electricity after the dam’s completion.

Egypt’s special rights to the Nile’s waters date back to colonial-era agreements. These ‘rights’ were mainly obtained through the conquest of broad areas in Africa under Muhammad Ali Pascha (1769-1849), and then under Ismail Pascha (1830-1895).

Egypt failed to occupy Sudan with the breakout of the national Mahdi Uprising in 1880, but returned as part of the British occupation of Sudan up until 1956.

The close relationship to the British Empire, which occupied and administered Uganda, Tanzania, Kenya and Sudan at the time, meant Egypt was well placed to benefit from any Nile Basin agreements.

A 1929 colonial treaty granted Egypt the right to veto any project on the Nile.

The so-called Hala’ib Triangle, a vast area of water on the border between Egypt and Sudan, has become the topic of a frozen conflict between the two neighbors.

In various religious sermons this year, Egypt has repeatedly asserted its right to the border area. Sudan has also pushed home its territorial claim, instating an entry visa for Egyptians, despite the Four Freedoms Agreement of 2004 signed by both countries.

The agreement grants citizens of both countries the freedom of possession, movement, work and residence.

Last April, the Sudanese Ministry of Foreign Affairs justified its visa decision as a step to regulate entry into the country. In May, President Umar al-Bashir declared that Egyptian gear and weapons were found in Darfur, where the Sudanese military has been fighting rebels since 2003.

The Egyptian Ministry of Foreign Affairs denied the claim, saying that it never intervenes in any way that could “destabilize the neighboring country or harm its people”.

Up until 2015, both Sudan and Egypt had resorted to a 1959 accord to agree on water allocations, but the Agreement on Declaration of Principles in Khartoum, signed in 2015 by Ethiopia, Egypt and Sudan, brought the three neighbors to the negotiating table to agree on updated quotas which reflect the NBI.

The latest agreement contains a clause stating that the rules for the first filling of the Grand Renaissance Dam shall be guided by the three countries.

Return to the framework

During the Nile Basin meeting in Entebbe in June 2017, Egypt did not take a decisive position towards the Entebbe Agreement, which constituted a legal framework for cooperation agreed upon by the eleven countries.

Egypt preferred to ignore points of conflict, according to the speaker of the Presidency of the Republic. The country went back on its decision to freeze its membership and demonstrated interest in achieving the development of African countries.

Furthermore, Egypt proved ready to abide by just water usage and insisted on its historical rights to Nile water as “Egyptian interests.” It also demanded the development of a mechanism to notify countries if new river projects are being established. In addition, it expressed its desire to host an upcoming summit of its African Nile partners.

Instead of focusing on conflict with its neighbors, Egypt started promoting projects to solve a potential drinking water crisis. Only 700 cubic meters annually per capita available to Egyptians.

The Armed Forces Engineering Authority announced the largest water desalination project in the country, with four plants in the eastern Port Said, Jalala, Ain Sukhna and al-Muallimeen to be completed next year.

The government has also developed a project that should enable the state drinking water and sewerage facility, in cooperation with the private sector, to desalinate seawater and make it drinkable.

The Egyptian Minister of Housing said the country needs 1.7 million cubic meters a day, while only 150 thousand cubic meters are currently available.

While Egypt is getting ready to desalinate seawater, the Ministry of Foreign Affairs hopes that filling the Grand Renaissance Dam will be done through consultation between Ethiopia and Sudan. Egypt and Sudan, however, are drowning in conflicts other than the river.