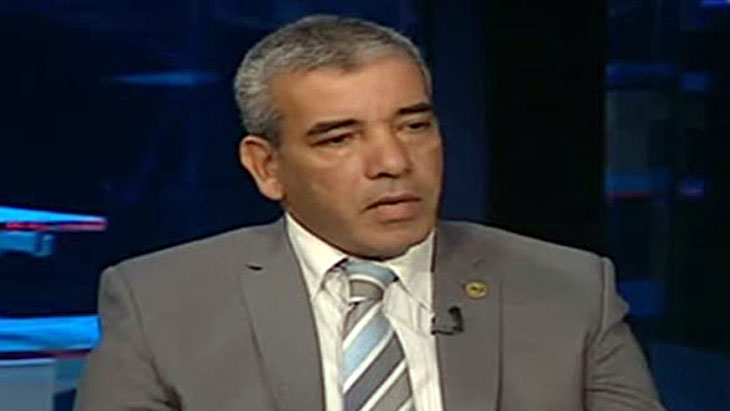 A dialogue with Dr. Abbas Sharaqi, head of the Natural Resources Department at the Africa Research Institute, Cairo University, on the impact of Ethiopia’s ‘Renaissance’ dam on Egypt.

Since Ethiopia’s decision to build the Grand Ethiopian Renaissance Dam (GERD) on the Blue Nile in 2010 Egypt has been in a state of fear. Egyptians fears they will lose a substantial share of water and go thirsty. Egypt’s water share  is set to decrease and cause farmers to abandon their land and their families to become homeless. Egypt’s Nile water share is 55.5 billion cubic meters but is threatened by the construction of the Renaissance Dam.

According to the most optimistic studies, Egypt’s diminished water share is likely to lead to the loss of one million acres of cultivated land, the displacement of millions of farmers, and poor crops. All this will inevitably put more pressure on an already overburdened imports bill.

Based on government statistics, Egypt suffers from severe water shortage. An average annual per capita share of water in Egypt is 650 cubic meters, compared to a world average of 1000 cubic meters. Furthermore, Egypt requires 120 billion cubic meters to cover its agricultural needs.

Last year, Ethiopian Water and Energy Minister Motuwa Passada announced that the dam would be open and be operational this July. This announcement was made prior to completion of studies on the potential risks of this dam, and an issuance of the consultative office’s recommendations regarding the set date for first water filling.

What are the expected risks that GERD poses to Egypt, and to what extent will the annual Nile water quota be affected by this dam? What measures should be taken to minimize these risks? Will the Renaissance Dam collapse? These questions were posed to Dr. Abbas Sharaqi, Professor of Natural Resources at Cairo University’s Africa Research Department.

Ethiopia has announced that the Grand Ethiopian Renaissance Dam (GERD) is being opened in July of this year, at the beginning of the rainy season. Is the dam ready for the reservoir filling?

We do not have a final confirmation about the start of the Renaissance Dam reservoir filling, but it will happen if Ethiopia shuts down half the body of the dam. According to the satellite images we receive every 16 days, Ethiopia has not closed the body of the dam, although it can easily be done using a concrete block. If Ethiopia fails to do this within one month, the storage process will be impossible, because the rainy season starts this month and will last two months. Ethiopia will then have to wait until next year to carry out the water storing action.

What is the quantity of stored water, and if Ethiopia closes half the dam body, to what extent will Egypt’s water share be affected?

The Renaissance Dam construction has not been completed. There are some engineering projects that need about three years to complete, including the existing high hole between two mountains which has to be closed by concrete. Another dam that closes a valley near the Renaissance Dam has to be built so as to increase the lake height and expand its water storage capacity.

If Ethiopia shuts the dam in the middle, the dam height will be between 80 and 100 meters, with a storing capacity of up to 11.1 billion cubic meters. It should, however, allow the water to flow again so as to run the turbines and generate electricity. According to the US specifications of the dam, between 5 and 5.5 billion cubic meters of water will be able to flow. The nearly 6 billion cubic meters that remain are technically referred to as ‘dead stock’, from which Egypt and the Sudan do not benefit.

In the coming years, it is expected that Egypt’s share of water will diminish by about 6 billion cubic meters because after the Renaissance Dam, other dams will be built to generate electricity. Ethiopia has a long-term power generation plan, but the economic constraints have prevented the construction of additional dams at this point.

According to a study by Ain Shams University, Egypt is likely to lose 24 billion cubic meters of water annually, given that the Renaissance Dam has already started to store water over the next three years. Other studies give different figures. What are the actual statistics and what are the reasons for contradicting data contradiction on such a crucial issue?

All available studies regarding Egypt’s water quota shortfall are merely hypothetical, because the two French companies have not completed their consultancy study. Therefore, researchers depend upon presumptions, based on the information they receive. Consequently, there are different reports about the impact of the Renaissance Dam on Egypt.

Some of these studies are scientifically qualified and provide genuine figures, while others are not scientifically reliable. Many studies may be published about the effects of the Renaissance Dam; for example, some Ethiopian studies have not addressed any adverse effects of the Renaissance Dam. There is a dispute over the impacts and risks of the Renaissance Dam between Egypt and Ethiopia and the consultancy office, which is supposed to prepare appropriate assessment studies and publish relevant recommendations. Egypt seeks a mathematical model that establishes predictions in terms of water quantity, structural risks, and electricity, while Ethiopia seeks other conclusions that are likely to downplay the risks posed by the dam on the downstream countries. Most of the studies have unanimously agreed that Egypt’s annual loss amounts to 6 billion cubic meters vis-a-vis its current quota after the first filling of the Renaissance Dam’s reservoir.

How can we, in your opinion, face Egypt’s water quota deficiency problem?

We can overcome this challenge through dependence on Lake Nasser, which is considered Egypt’s strategic water reservoir. The current level of the lake–up to 174 meters above sea level–is very reassuring. We are at the end of the water year that starts in July, during which time the lake is supposed to be at its lowest water level. Its current level is reaching the same heights as it does during the rainy season. We have 59 billion cubic meters of the Nile’s strategic stored water, which is larger than our annual share estimated at 55.5 billion cubic meters, which we can draw on should Ethiopia start to fill the reservoir.

Having said this, however, we should remember that we will be left without strategic water reserves unless large floods occur. In this regard, I advise the Ministry of Water Resources & Irrigation to address the problem of Egypt’s undersupplied annual share throughout the next ten years. This can be achieved by changing the present irrigation approach and promoting the culture of rationing water consumption. Otherwise, one million acres of cultivable land will be deprived of irrigation water.

The water shortage crisis caused by building the Renaissance Dam is substantially similar to the drought seasons in the 1980s that lasted 7 years,. During that time Egypt had to draw on water reserves at Lake Nasser, saving the country from drought and the loss of millions of acres of cultivated land. At that time, the High Dam acted like a safety net for Egypt. However, the nature of the Renaissance Dam is completely different, as it is built for the sole purpose of power generation. Ethiopia does not need water reserves for irrigation, as it has sufficient rainwater levels in addition to other rivers.

Will the Dam collapse? What is the expected damage if such a thing were to occur?

Ethiopia is a mountainous country, holding 50 percent of Africa’s high mountains above 2000 meters. These mountains are very steep and the speed of water after rainfalls is very high. Consequently, the projects built on these areas are extremely dangerous due to the force of water. Ethiopia has large quantities of rain, close to 1000 billion cubic meters in two months, which causes major problems.

The possibility of a Renaissance Dam collapse, on the other hand, is possible and should be taken into consideration, given the geological and geographic nature of this country’s terrain. It consists of weak basalt rocks that have many fractures. Additionally, Ethiopia has the largest fault in the world which experiences active quakes.

So far, no study has been carried out about the quantity of water that is likely to leak into the fractured terrain, especially since 74 billion cubic meters of water will be stored behind the Renaissance Dam. A study conducted in Ethiopia has revealed that 70 percent of water projects fail due to geological reasons relating to the nature of the terrain.

Ethiopia has been reluctant to prepare technical studies about the safety of the Renaissance Dam, especially because they have had many projects where collapse occurred. One such collapse was that of the Tekezé Dam built on Atbarah River, which claimed the lives of 50 Chinese workers. Construction was halted for two years to repair the construction faults. Another example is Gibe II Dam, which consists of a 26-kilometer tunnel located between two mountains, designed to link two rivers and generate electricity. It collapsed twice during the construction stage, and the company that was in charge of its construction is the same company that is undertaking the Renaissance Dam construction project. Ten days after the opening of the tunnel, another collapse happened, causing it to stop for a whole year owing to faults and sliding rocks caused by gushing water and alluvial deposits.

Two months ago, the State of California evacuated 160,000 residents from their homes for a couple of weeks due to a possible collapse of the Orville Dam. The dam experienced spillway failure and flooding of the lake water due t0 heavy rains and thawed snow, which ultimately created a large hole. There were fears that the water would reach the dam base, which is considered a small dam with a storage capacity of 4.5 billion cubic meters; this compared to the Renaissance Dam, which has a storage capacity of up to 74 billion cubic meters.